The lifting of a great weight

It’s pissing down outside. It’s a chilly, miserable, October day, and big plops of rain are dripping off the monkey puzzle tree outside my office window. I’m full of the chesty coldy virus that’s going round. But you know what? I’ve rarely felt happier, or healthier.

I’ve had four months of feeling like I’ve been holding my breath. Yesterday, I exhaled. 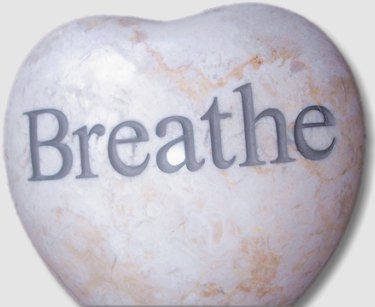 I finally went to my GP a couple of weeks ago about all the aches and pains in my back and torso that have been plaguing and worrying me since June. She prodded and poked and said she didn’t know what it was but was fairly certain it was nothing serious; the IBS and sciatica I had mooted were probably right. However, given my history she understood that wasn’t a good enough answer. She filled in a chest X-ray form for me to take to the radiology department at the Royal Surrey County Hospital, ‘Because,’ she said matter-of-factly, ‘it’ll immediately show up any bony secondaries’. She also said she would write to my oncology team and ask them to pull me in for an appointment earlier than my one-year-after-sign-off appointment in February 2013.

In the meantime, I was scheduled to see my amazing surgeon, Miss Tracey Irvine, for a check-up to see how the balancing boob job was settling down after the double-general-anaesthetic drama in March. (It looks bloody good, by the way. Practically the same as the downsized one that had all the tumours in, with a matching anchor-shaped scar. I feel very lucky that Tracey is such a brilliant surgeon and I managed to avoid a mastectomy. Having your own boobs that are small and pert enough to not really need a bra in the summer when you’ve breastfed two kiddies and it’s a downhill ride to your 40th birthday is something of a silver lining.)

The oncology appointment came through: the afternoon of the same day I was due to see Tracey. I didn’t sleep the night before. I knew I’d have to discuss my concerns, and was hoping desperately for some reassurance, and dreading what would happen if that couldn’t be provided on the spot. I hadn’t been for my X-ray (work deadlines/bit scared): I thought I might as well spend the day at the hospital and get it all done in one shot. DH didn’t sleep either. He’d offered to come with me, which was brilliant; I had to attend so many of my appointments alone when I was being treated, while he looked after the children.

Yesterday morning, I dropped DD and DS at school as usual, with their book bags and lunch boxes and snot and smiles. Back home, I did Distraction Tidying before it was time to go.

Sitting in the radiology corridor in my back-to-front robe was a deja-vu experience, reminding me strongly of when I spent every day in July 2011 having radiotherapy. DH did the sudoku in the newspaper. I just sat, trying not to think what-iffy thoughts. I was called in and had the chest X-ray. The young radiologist said she would just check it. Two minutes later she came back and asked how long I’d had my cough and where I had been feeling pain. I noted a low-level adrenaline response in my body as I tried to answer without shouting ‘WHY??? WHAT CAN YOU SEE ON THERE??’ because I knew she would just say the results would be with my GP within 10 days. As she did.

Another corridor: the outpatients breast clinic. I tried to distract myself with Tina Fey’s very funny autobiography on my Kindle, but was fretting. I’ve waited for hours in that clinic before, but luckily it was only 20 minutes before we were called in to see Tracey. She asked how I was, and listened attentively as I told her about my concerns and my ongoing struggle to deal with the hormonal rollercoaster of being on Tamoxifen (one year down, four to go!). She said that there was no need for me to go to oncology later as well – she ‘could do more than boobs’ and would do a thorough physical exam. I stripped to the waist (I wonder how many times I’ve done this in the past two years?) and the prodding and poking began.

She dug her fingers deep into both armpits, palpated both breasts, felt my neck glands and all over my chest, and pressed hard all over my abdomen, feeling my liver, spleen, stomach and kidneys. She firmly pressed on each of my vertebrae and ribs. Some bits were a little tender (no-one needs their tumkins being poked that hard, frankly), but I didn’t need to yelp. She left me lying behind the curtain while she checked the X-rays that were already on the system. There was silence for too many seconds before she finally said it all looked fine to her.

I got dressed again. She looked me in the eye, and said, very clearly and kindly, that I was absolutely fine and there was nothing to worry about. She said this sort of concern post-caaancer was normal, but I shouldn’t worry again – I could call anytime and come in to see her. She said she’d like me to have some bloods taken, and would wait until they were back and my two-year-after-diagnosis mammogram at the end of this month to sign me off, but otherwise she would see me in six months. I thanked her. DH thanked her. We left.

We sat in yet another corridor waiting for phlebotomy, and it was then that I exhaled. And cried. The relief, my God, I cannot tell you. Letting go of all that worry, I felt about a stone lighter and six inches taller. And like a happy idiot: why did I leave it so long before seeing the GP, and mentioning my concerns to my team? They are there for me, they are the experts, I totally trust them and I know if anything was wrong they would be on it like a bonnet, why didn’t I let them check me over and reassure me at the start of the summer, rather than suffering and assuming the worst?

We went for a celebratory pub lunch: a doorstep beef and horseradish sandwich with our best man. My mummy and Pops and sister and in-laws and best friends sent texts, all of which started ‘FANTASTIC!’. After school, me and my sis made the most of the sunshine and took the smalls to run around Wisley gardens, on a whim, since I didn’t have to be in the oncology department after all. Last night we treated ourself to a delicious M&S meatloaf and a nice Barolo. We had a very good night’s sleep. I woke this morning feeling like a happy, shiny snake that had sloughed off its old skin. DH called me this morning from work to tell me how much better he was feeling too.

I still don’t know what all the discomfort under my left ribs and in my back has been about all summer. It has calmed down a bit recently; it probably is just a touch of IBS and a flare-up of sciatica after all. Or maybe, as at least one dear friend has put it, simply a question of being nearly 40 and leading a rather full-on existence.

On 13 October 2010, I was diagnosed with stage 3, grade 3 breast cancer. Two years on (two years!! Where did that go?), I am still learning huge lessons. I must learn to trust my body again. I can accept, acknowledge and appreciate my health and be open to wellness, rather than focusing on disease. I am safe, and free of f*cking caaancer, and all is well. Now the burden of fear has been lifted, and I can stop lasering in on every twinge, I can concentrate on my babies, and DH, and being a good school mum, and having fun with my family and friends, and developing my business, and writing my novel, and decorating the house. Living. Loving. Breathing.